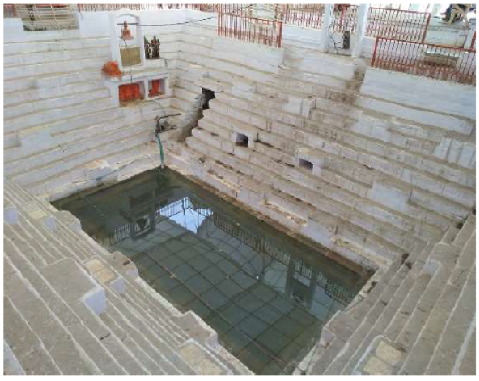 Manikarnika – Chakra Pushkarini kunda is located on the Manikarnika Ghat on river Ganga. This sacred kunda was dug by Bhagavan Vishnu with his discus and referred as Adi Manikarnika Tirtha. The earliest inscriptions suggest that the stone construction of this Ghat was done in the beginning of 14th century. In 18th century Bajirao Peshwa (first Peshwa) supported the (re) construction of Manikarnika Ghat. Manikarnika Ghat is one of the most sacred and revered Ghat-s along with other four Ghat-s, Asi, Dashashvamedha, Panchaganga, and Adi Keshava.