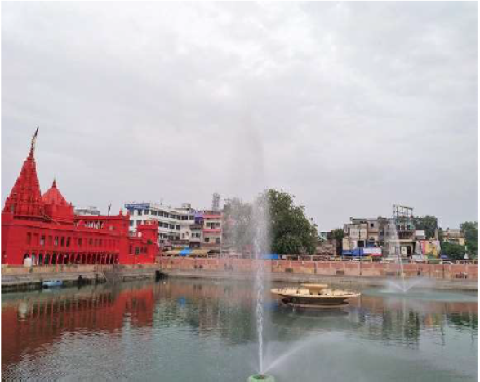 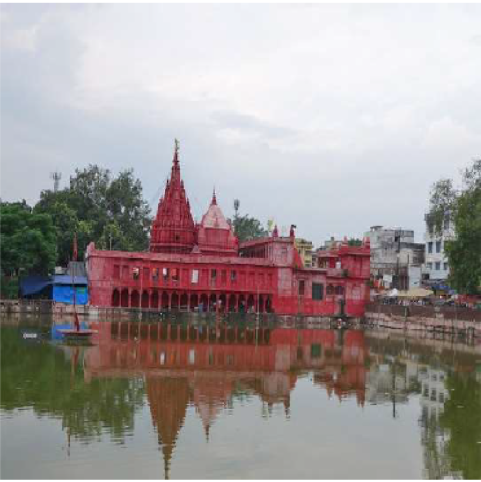 Durga Kunda is near to the famous Durga Temple. In many travelogues Durga temple and neighbouring water tank were eloquently described and referred as one of the most eminent temples and a fine tank. The Durga temple and Durga kunda was built in the 18th century. The records also reveal that this large sized water tank was constructed by Rani Ahilyabai Holkar. It is also vital to reflect to the historical fact that most of the western records mistakenly mentioned this temple as ‘monkey temple’. This wonderful temple tank with red colour stones leading to the water. Tulasi Manasa temple and Sankat Mochan Temple are near to this temple tank.